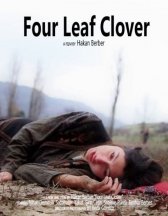 Four Leaf Clover
Turkey, 2013, 14 minutes Drama
The question that comes to mind after watching the film, " Can we blame the girl for her action in the final scene?".  This is a compelling film that evokes powerful emotions: pity for the girl, hatred for the rapist but then again, resentment and hatred for the parents who decided to marry her instead of seeking justice for what happened to her. Viewers feel nothing but disgust for the rapist. The characters are well-placed, impressive portrayals and the story is commendable.  Very moving short film that will rock you at the very core!
Like this Review?
Write your own review?
Add to List
Not for me
Like this Review?
Write your own review?
COMMENTS 0
Your Comment...