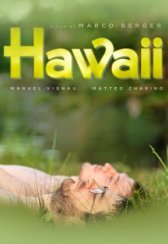 Hawaii
Argentina, 2013, 106 minutes, SD Romance, LGBT
Director Marco Berger proves time and again that he is a master storyteller with this film about childhood friends Eugenio ( Manuel Vignau) and  homeless guy Martin (Mateo Chiarino). Viewers who prefer fast-paced films will not appreciate the idyllic way with which this film unfolds; taking its time and gradually revealing the facets of the two central characters. It's about a budding gay romance but of which Martin and Eugenio doesn't exactly know how to address or express and oftentimes it looks like they're having a guessing game.  There is definitely a build-up of tension but in a good way, with discoveries that will unfold as the film progresses and with viewers caught up in amazement. Such is the magic of Berger who masterfully evokes drama as well as detailed visual imagery in this movie that has a quiet charm of its own. This should be included in your weekend list of to-watch films!
Like this Review?
Write your own review?
Add to List
Not for me
Like this Review?
Write your own review?
COMMENTS 0
Your Comment...