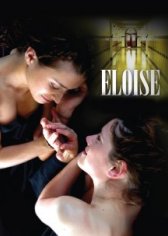 Eloïse
Spain, 2009, 92 minutes, SD LGBT
Well-acted and with a solid plot!  This movie is about a young woman Asia who fell in love with an out lesbian Eloise despite of the fact that she has a boyfriend named Nathaniel.  While the film starts with Asia seen to be in a coma the entirety is spent almost in flashback scenes,  allowing viewers to gradually understand all that's transpiring. Gomez as Asia was commendable; ethereal, fragile and always wanting to please her mother yet conflicted deep inside. On the other hand, Cabral as Eloise was splendid; an independent woman who is confident of who she is. Cabral also registers well on camera with her eyes her great asset while Gomez is quite a doppelganger of the singer Taylor Swift.  While their performances are commendable, it was the mother La Mare who shone above every one else.  Laura Conejero as La Mare was so impressive and not surprisingly so, she's a renowned Spanish theater and film actress with an expansive filmography to her belt. This is a film that evaluates mother daughter relationships,  lesbian relationships, being true to yourself and revealing your true colors. Cinematography was at par, with the lighting in the pool scenes very great.   This is definitely a must-watch!
Like this Review?
Write your own review?
DooVOTE
Not for me
Like this Review?
Write your own review?
COMMENTS 0
Your Comment...