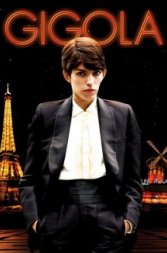 Gigola
France, 2010, 102 minutes, SD Drama, Crime, History, LGBT
An engrossing film about a lesbian named Gigola in the underworld of Paris set in the 1960s. I was amazed with the musical numbers, well-rehearsed and the retro costumes were lavish so goes with the over-all production design. The lesbian characters were commendable in their acting portrayals and this film is based from the novel by Laure Charpentier who is also the director of this movie. This movie has been nominated for the Best International Film Award by the Santa Barbara International Film Festival and nominated Best First Film by the Seville European Film Festival.
Like this Review?
Write your own review?
DooVOTE
Not for me
Like this Review?
Write your own review?
COMMENTS 0
Your Comment...