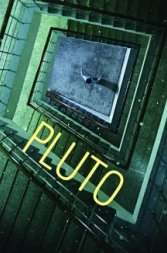 Pluto
South Korea, 2012, 117 minutes, SD Thriller, Asian, Teen, Arthouse
Pluto opens with a sobering quote from a child's suicide letter, and while the film does eventually spiral out of control this does a great job setting it's initial sombre tone. Pluto begins with a young student taking his fellow classmates hostage, and travels back in time (as Korean drama loves to do) to show us what pushed him there. Ultimately, Pluto is a film about pressure; from it's grim subject matter to it's claustrophobic cinematography and even the film itself constantly reminding the audience that time is ticking away, ever closer to that final confrontation.

The film centres around the struggle teenagers in South Korea go through to be “the best”. Every aspect of their lives is tailored to achieving – around not only doing well, but doing so by beating others. In Pluto, grades are very much a class issue. The smartest children are not just admired, they are idolised and envied with an intense passion, and within the clique of “gifted” students, a sick society of exclusion and humiliation materialises. The top students do not just see themselves are smarter than their peers, but better. In one excellent scene, the smartest student in the school goes from being irritating to sympathetic to menacing as he describes his drive to be the best.

The film touches on some interesting issues, like how the best students are all well-off enough to afford tutors to the extent that they're more-or-less buying grades, and how this makes Korean universities “rich kid's clubs”. For every interesting topic or real-world issue the film raises, however, it simultaneously takes several steps in a much zanier direction. When the film suffers, it is from lack of restraint. These kids aren't just caught up in their own world – they're outright monsters. At times this actually works, demonstrating the robbery of their innocence at the hands of the system. Most of the time, however, it's turning characters we are (ultimately) meant to pity into super villains, at one point even having one of the kids coolly walk way from an explosion.

No one can say that Pluto isn't a reflection of something. It's an angry and often gross depiction of a very real class struggle in South Korea, and does a great job translating the character's anxiety, sickness and fear into visual metaphor. On the other hand, Pluto can be very, very over dramatic, and at times it feels like a quieter and more subdued movie would perhaps get the point across better. All the same, Pluto is an interesting look into the current mindset of the modern day, put-upon Korean teenager.
Like this Review?
Write your own review?
DooVOTE
Not for me
Like this Review?
Write your own review?
COMMENTS 0
Your Comment...
LIKES 1
Sarich
Sarich