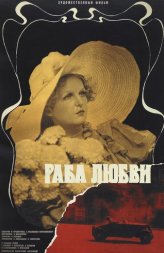 A Slave of Love
Russia, 1976, 94 minutes, SD Drama, Comedy, Romance, Arthouse
The film has a lot to offer:  tragic love story,  enthralling musical pieces, poetry and impressive visual imagery, among others. This is considered one of Mikhalkov's noteworthy films for the emotions and messages that it conveyed to the viewers. Melancholic and tragic, this film won 3rd Place as Best Foreign Language Film at the New York Film Critics Circle Awards and at the Los Angeles Film Critics Association Awards in 1978. A must-watch!
Like this Review?
Write your own review?
Add to List
Not for me
Like this Review?
Write your own review?
COMMENTS 0
Your Comment...