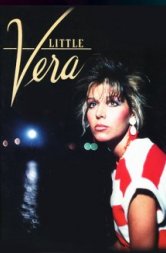 Little Vera
Russia, 1988, 128 minutes, SD Romance, Coming of Age
This film did really well at the Soviet tills upon its release in 1988 and was also quite popular when it debuted in American cinemas.  Touted as the first film from the Soviet Union to have a sex scene,  this fact could well attribute to the fact that it became controversial and viewers became curious to watch it.  But at the root of it all, it's a sad family drama about Vera and her dysfunctional family.  Scenes are realistic and some even quite gritty and shocking but I'd have to say the acting performances are commendable. Viewers will be confronted with issues like poverty and messy family relationships. Quite engrossing to watch!
Like this Review?
Write your own review?
Add to List
Not for me
Like this Review?
Write your own review?
COMMENTS 0
Your Comment...