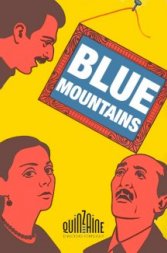 Blue Mountains
Georgia, 1984, 97 minutes, SD Drama, Comedy, Arthouse
I understand that the characters in this film are not Russians but Georgians and it's an interesting mix of actors, to say the least.  While it's on the drama and comedy genres I find the humor quite absurd,  quite queer but still understandably quite hilarious.  The cinematography is commendable and the musical scoring was also impressive plus there are very engrossing dialogues all throughout the film's entirety.
Like this Review?
Write your own review?
Add to List
Not for me
Like this Review?
Write your own review?
COMMENTS 0
Your Comment...