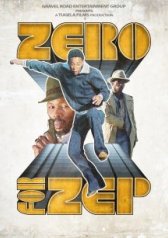 Zero for Zep
South Africa, 1985, 66 minutes, HD Crime, Coming of Age, African
The acting portrayals are quite commendable and there's a very emotional scene between the girlfriend of Zep and her mother which ended in a suicide scene, showing the daughter in the shower, lifeless.  The actor who plays the role of Zep was quite commendable although there were scenes where his acting is quite awkward. What I liked the movie was the fact that it ended in a positive note and with Zep finally deciding like a true man.
Like this Review?
Write your own review?
Add to List
Not for me
Like this Review?
Write your own review?
COMMENTS 0
Your Comment...