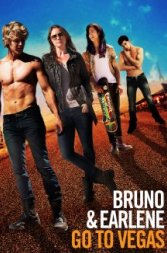 Bruno & Earlene Go to Vegas
UK, USA, 2013, 95 minutes, HD LGBT, Road Movie, Adventure, Coming of Age, US Indie
Impressive performances especially by Ashleigh Sumner and the soundtracks used  are laudable. There are also a couple of nicely-shot scenes.  Sumner as Earlene is someone who's always on the run and who meets Bruno by chance, eventually both embarking on a journey.  While the film may start as quite slow it somehow picks up its pace when they head off in a red jeep along with Billy. While the film explores the bond between the two leads, Bruno and Earlene, it also introduces a handful of colorful characters that they met in the desert. Visually interesting and with light and funny moments in between!
Like this Review?
Write your own review?
Add to List
Not for me
Like this Review?
Write your own review?
COMMENTS 0
Your Comment...
LIKES 2
blacksnakemoan
snakeeyes
blacksnakemoan
snakeeyes