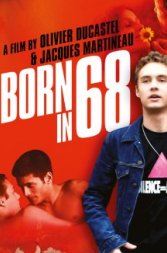 Born in 68
France, 2008, 173 minutes Drama
Powerful with a historical relevance! This film about a group of students in the late '60s gives viewers a run-through of what it looked and felt like during those years of student riots and unrest, from a French point of view. This group of students rebel against capitalist society and decides to live as a communal in the outskirts of Paris.  Issues depicted include free love and the usual hippie struggles. Commendable performances most notably from Laetitia Casta as Catherine, who, as evident in this film is the group's major force who stood by their cause until the end. The film spans more or less four decades, starting in 1968 up until 2008,  during Catherine's children's generation. Quite lengthy at more than 2 hours,  this film presents a variety of issues to readers that are nevertheless eye-opening.
Like this Review?
Write your own review?
DooVOTE
Not for me
Like this Review?
Write your own review?
COMMENTS 0
Your Comment...