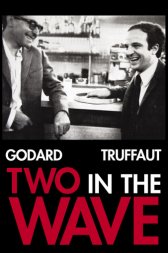 Two in the Wave
France, 2010, 91 minutes, SD Documentary, Arthouse
This film should be one of the must-see films of film enthusiasts and those with a deep interest for French cinema. Aimed more at informing rather than entertaining,  it tackles French new wave cinema movement and the unlikely friendship of two cinema greats, Jean-Luc Godard and Francois Truffaut. There were just times that viewers tend to find the documentary as monotonous and dragging as it contained mostly clips and narrations. Had there been interviews there would have been spice and variety.  Nonetheless, this is a very informative piece of work that takes  viewers on a peek of the works and rise to fame of these film connoisseurs.
Like this Review?
Write your own review?
DooVOTE
Not for me
Like this Review?
Write your own review?
COMMENTS 0
Your Comment...