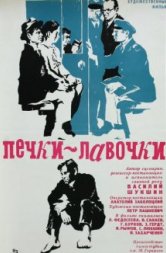 Happy-Go-Lucky
Russia, 1972, 103 minutes, SD Comedy, Drama
Dating back from the '70s era, this film holds special interest for depicting Siberian peasant life and the usual goings-on of these people. The film's director, Vasily Shukshin also wrote and starred as the lead character. Shukshin has a definitive and commanding presence that makes him an effective actor and though it's in black and white,  viewers will still be drawn to the film's unique elements.  The music and songs featured are melodious and gives viewers a peek into Siberian arts and culture.
Like this Review?
Write your own review?
Add to List
Not for me
Like this Review?
Write your own review?
COMMENTS 0
Your Comment...