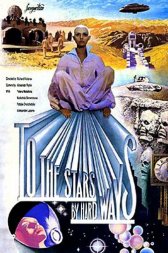 Through Thorns Up to the Stars
Russia, 1980, 148 minutes, SD Science Fiction
The characters are interesting but the humanoid Niya took the limelight for most of the film. Being discovered in an alien space craft, she was brought back to earth in the hope of making her more human. In time she discovers her supernatural powers and her home planet Dessa and sneaks in onboard a rescue mission to the said planet.  There are impressive footages and a restored version of this 1980 film was made in 2001 by Nikolai Viktorov, the son of Richard Viktorov, the original director. Based on a novel by Kir Bulychov, this is worth checking out especially if you're interested how sci-films were made in the 80s!
Like this Review?
Write your own review?
Add to List
Not for me
Like this Review?
Write your own review?
COMMENTS 0
Your Comment...