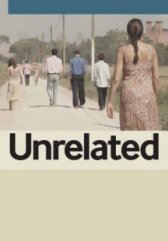 Unrelated
Italy, UK, 2007, 100 minutes Drama, Arthouse
This runaway winner of the 2008 First Film Award surprised everyone for its subtlety yet simple confidence. Kathryn Worth breathes life to the character of Anna, a forty something woman who joins her friend and family in a holiday despite some marital woes.  Director Joanna Hogg, inspite of being  a newbie in terms of feature films,successfully brings out the uniqueness of Anna's character and her predicaments. In as much as there were some weak parts in the screenplay,  the film was a joy to watch because of the commendable performances of the rest of the cast notably Tom Hiddleston as the son of Anna's friend.
Like this Review?
Write your own review?
DooVOTE
Not for me
Like this Review?
Write your own review?
COMMENTS 0
Your Comment...