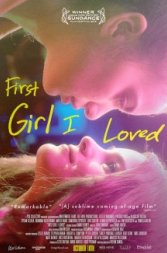 First Girl I Loved
USA, 2016, 91 minutes Comedy, LGBT, Coming of Age, Teen
A high school yearbook nerd and a popular softball player dabble in lesbianism in this bittersweet "coming-out-of-age" story. Anne and Sasha engage in playful yet sensual flirtation, and a morally complicated rift forms between Anne and Clifton, her guy best friend who has held a longtime torch for her. Director/writer Kerem Sanga's film is beautifully rendered in non-linear scenes and a gritty sheen of "neo-alternative" chic. Supremely talented Dylan Gelula shines in her first film role with brash intensity and sulky vulnerability, and Brianna Hildebrand plays the quintessential girl-crush to a tee. I was gobsmacked when I realized the former also plays the pouty, acerbic daughter, Xanthippe, on "Unbreakable Kimmy Schmidt" and the latter recently broke into the mainstream as Negasonic Teenage Warhead in "Deadpool"! They are definitely rising stars to watch.
Like this Review?
Write your own review?
DooVOTE
Not for me
Like this Review?
Write your own review?
COMMENTS 1
Your Comment...
LIKES 2
Sasha1988
snakeeyes
Sasha1988
snakeeyes