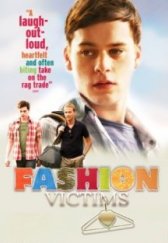 Fashion Victims
Germany, 2007, 105 minutes, SD Comedy, LGBT, Coming of Age
A film with wry humor but with serious issues that's worth pondering upon.  It tackles family relations, a father's mid-life crisis, materialism and competition, among others. It also tackles gay romance and of a son who's drawn to someone who's unfortunately his father's business nemesis. Acting performances were laudable notably that of the father Wolfgang portrayed by Edgar Selge, the son Karsten portrayed by F. Bartholomai and Steven Brookmuiller, Wolfgang's competitor who's  portrayed by Roman Krizkal.  Colorful characters all with issues of their own. The cinematography is also generally impressive.
Like this Review?
Write your own review?
DooVOTE
Not for me
Like this Review?
Write your own review?
COMMENTS 0
Your Comment...