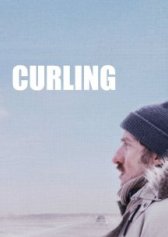 Curling
Canada, 2010, 96 minutes Drama, Drama, Arthouse
What piqued my interest, aside from the somber and distant characters was the film's title. A sport common in Canada, it's quite a boring one that will somehow mirror the central characters.  Interesting to note that while Jean-Francois (Emmanuel Bilodeau)  shuns people around him and his daughter, his boss and other people are quite concerned of them. Viewers will suspect some disturbing things to happen although most is up to the mind. Julyvonne the daughter is a non-actress and real life daughter of Bilodeau, which makes the father-daughter tandem in the film a unique one albeight an unconventional relationship, too. If you're into films that dare you to think and analyze then this may be to your liking.
Like this Review?
Write your own review?
DooVOTE
Not for me
Like this Review?
Write your own review?
COMMENTS 0
Your Comment...