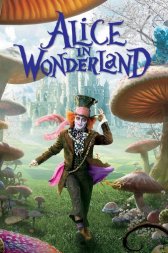 Alice in Wonderland
USA, 2010, 108 minutes Family, Fantasy, Adventure
This Tim Burton film was very good. Disney’s Alice in Wonderland is an art film full of adventure and surprises. It’s a good film for the whole family to watch. I also like the character development of Alice in this film, at first, she was weak but eventually her personality became stronger specially in the last part of the movie. I love the cinematography and also some of the lines in the script. 3.5 stars!
Like this Review?
Write your own review?
DooVOTE
Not for me
Like this Review?
Write your own review?
COMMENTS 0
Your Comment...
LIKES 1
snakeeyes
snakeeyes