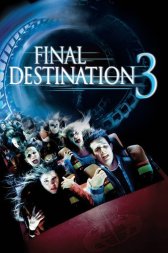 Final Destination 3
Canada, USA, 2006, 93 minutes Horror
One of the biggest problems of this graphically insane flick is that it shows so much gore it becomes something that looks animated. Blood, guts and slices doesn't look at least a bit real instead it looks like a gore fest as it does in the horror games for computers. This third addition offers something of an ok premonition but completely forgets its routes afterwards, Most of the deaths were stupid throughout and all I heard were whining and arguing in loud tones throughout from its cast. This is one of those morbid films that I’ve watched.
Like this Review?
Write your own review?
DooVOTE
Not for me
Like this Review?
Write your own review?
COMMENTS 1
Your Comment...