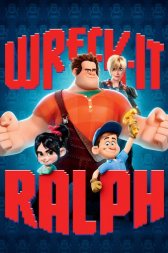 Wreck-It Ralph
USA, 2012, 108 minutes Family, Animation, Comedy, Adventure, Childrens
The film Wreck-It Ralph is one of those rare movies that will surprise you after you watched it. I really thought that the film would be very boring but I was wrong. The cinematography, effects, animation, set design, the story and even the screenplay were just amazing. Last weekend, I had time to watch it again and I realized I was actually smiling the whole time. And don’t forget the last line of Ralph in the film, it was something, it was really inspiring. It’s a home run for me! FIVE STARS!!!
Like this Review?
Write your own review?
DooVOTE
Not for me
Like this Review?
Write your own review?
COMMENTS 0
Your Comment...