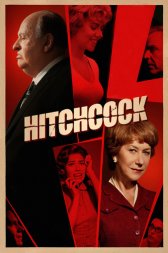 Hitchcock
USA, 2012, 98 minutes Drama, Biopic
The story of the making of the all-time classic "Psycho" was almost as fascinating as the film itself. That story is told anew in "Hitchcock", dramatised in all the right moments.
The film mostly stays true to the actual events, swinging between focusing on the making of "Psycho" and Hitchcock's marriage to Alma that is seemingly on the rocks in 1959.
Antony Hopkins and Helen Mirren play Hitchcock and Reville, giving high-class performances one comes to expect from the actors of their scope. One is left to wonder, though, if the real-life Hitchcock couple would have such pompous, elaborate dialogues as they sometimes did in the movie. Scarlett Johansson and Jessica Biel take on the roles of iconic actresses Janet Leigh and Vera Miles, respectively; Michael Stuhlbarg shines in the role of Hitchcock's agent Lew Wasserman.
Overall, one can't help but root for both Hitchcock's film and his marriage. This sympathetic, witty treatment of Hitchcock's life and career is sure to make you appreciate his masterpieces even more.
Like this Review?
Write your own review?
DooVOTE
Not for me
Like this Review?
Write your own review?
COMMENTS 0
Your Comment...