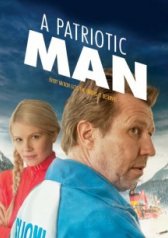 A Patriotic Man
Finland, 2013, 97 minutes, SD Comedy, Sport
This film tackles the nasty side of sports, the complex doping scheme that could make or break athletes, in its entirety, a rather depressing news in the sports world. On the other hand, there's a poignant story that unfolds, that of Tovio's, a down-on-his-luck man who finds his way to the national ski team, thanks to his potent blood. He struggles with the moral dimension but all the while he's told that it's "for the good of his country".  Eye-opening and with a gentle comedic sense, director Halonen, known for films like Pavlov's Dogs and The Tank Man was able to engage viewers to the story but also with the cast,  particularly with Tovio's character, who was well-established in the movie. If you're a sports enthusiast or fond of winter sports like skiing then this will surely be to your liking.
Like this Review?
Write your own review?
DooVOTE
Not for me
Like this Review?
Write your own review?
COMMENTS 0
Your Comment...