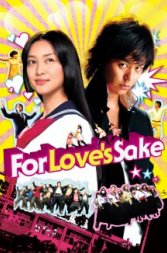 For Love's Sake
Japan, 2012, 133 minutes, SD Musical, Comedy, Romance, Asian, Coming of Age
Dark humor exemplified in the truest sense, this film entertains but at some point can also bore viewers. Lead performances are commendable with Satoshi Tsumabuki as foul-mannered Makoto putting in a convincing performance, although it was the exceptional portrayal of Sakura Ando as Gum-ko that earned nods at Japanese film fests. This movie has all the trappings of a Miike masterpiece; in your face violence, bloodshed, animation and theatrical treatment especially in the song-and-dance scenes. Sharp and vivid shots attract the eyes and the fight scene between Makoto and some guys manifests superior production design and lighting techniques. Curious how Japanese musicals are made of? Then check out this film soon.
Like this Review?
Write your own review?
DooVOTE
Not for me
Like this Review?
Write your own review?
COMMENTS 0
Your Comment...