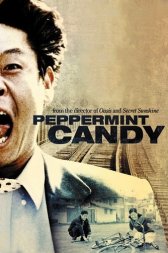 Peppermint Candy
South Korea, 1999, 130 minutes, SD Drama, Asian
Peppermint Candy is, simply put, a modern classic and as close to the quintessential South Korean film you can get. The film moves backwards in time - starting with a suicide and regressing through the man's life.

The film demonstrates the many, many failures of the South Korean government, moving all the way back to the more hopeful Seoul Spring.