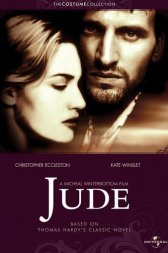 Jude
UK, 1996, 123 minutes Drama, Romance
This I think is one of Kate Winslet's early foray to films but already she displays an enigma that is quite rare. After she earned praise for her performance in Heavenly Creatures, her role here may be quite understated but there is charm and confidence in her performance. While the story centers on Eccleston, it's Winslet as Sue Bridehead that brings spice and color to the scenes. Do check this out!
Like this Review?
Write your own review?
DooVOTE
Not for me
Like this Review?
Write your own review?
COMMENTS 0
Your Comment...