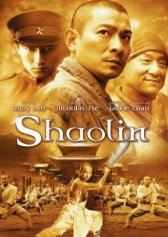 Shaolin
China, Hong Kong, 2011, 131 minutes, SD Action, Asian
Shaolin left me breathless with the extraordinary martial arts fight scenes. The cinematography was brilliant, crisp and clear. Historically speaking, the Shaolin monks were credited for saving the Chinese empire from insurgents during the reign of Tang Taizong. In a crucial battle between the empire’s forces and the insurgents, Shaolin monks joined the ranks and helped in defeating the enemy. Although the film’s story was different, there’s a historical background to the monks’ abilities and bravery. This is a must see movie for action buffs
Like this Review?
Write your own review?
DooVOTE
Not for me
Like this Review?
Write your own review?
COMMENTS 0
Your Comment...