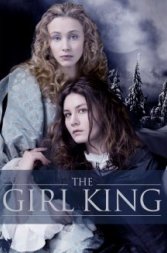 The Girl King
Sweden, Finland, 2015, 106 minutes Drama, History, LGBT
This film reminds me of Daenerys Targaryen from the Game of Thrones. A daughter destined to rule a kingdom but is underestimated because of her sexuality. I have never heard of her, so this film is both beautiful and informative. The film deals with feminism, which is VERY RARE in films nowadays -- it was portrayed it perfectly. The romance between the queen and her lady-in-waiting makes the film much powerful and so Victorian. Great cinematography and of course, 5 stars for this film. This one's much better than our history class. A must watch!
Like this Review?
Write your own review?
DooVOTE
Not for me
Like this Review?
Write your own review?
COMMENTS 0
Your Comment...
LIKES 1
Jacktorrance
Jacktorrance