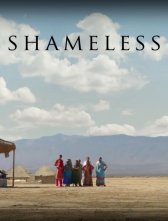 Shameless
USA, 2013, 4 minutes LGBT, Asian
So short but message well-driven!  This quite hilarious film clearly  shows human nature at its truest sense!  There are people who are so condemning of their fellow men  yet are not squeaky-clean themselves.  The scorned woman didn't have to say anything, she only had to show things that belong to these men and woman who persecuted her.  So, the question would be, who's shameless now?  Extraordinary acting of  the actors was the greatest strength of the film and of course the film scoring, too.  Do check out this film, folks!
Like this Review?
Write your own review?
Add to List
Not for me
Like this Review?
Write your own review?
COMMENTS 0
Your Comment...
LIKES 1
tijanavujanac
tijanavujanac