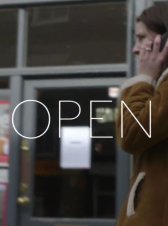 Open
UK, 2014, 8 minutes LGBT
Seems to be  a promising romance in its outset but  wasn't realized after all.  The film scoring is commendable and there is depth and angst in the acting performance of the two lead stars:  Jess,  quite coy and unassuming and Leah,  artistic and strong-willed.  The chance meeting of these two personalities in a gay bookstore opens up a chance of a blossoming friendship and possibly, romance.  Towards the end though,  Jess wasn't able to see the number written on a  post card, which gives the viewers the notion that  there was no possible communication  after the last scene.  Still,  I found the film engaging and holds great promise.  Do check out this film, folks.
Like this Review?
Write your own review?
Add to List
Not for me
Like this Review?
Write your own review?
COMMENTS 0
Your Comment...