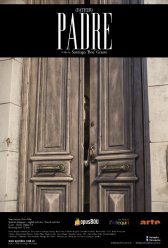 Father
Argentina, 2013, 12 minutes Animation
I  never thought I'd get sleepy watching an animation but this one film  seems to drag so much so that I thought I had a nap  somewhere between the 12 minutes. However,  the filmmaker and the creative team may have really intended it that way to drive out a very significant message. The political undertone is clearly present but maybe it would have been more engaging if there was some dialogue and if the character interacted with another character.  While the viewers can understand that the woman is being dictated with an absentee father, or rather from the memories of that father, still some scenes came out quite dull such as that one scene where one can only see a chair beside the clock while overhearing some sounds in the nearby room, it was quite dragging.  The animation factor was commendable though,  great texture  and images.
Like this Review?
Write your own review?
Add to List
Not for me
Like this Review?
Write your own review?
COMMENTS 0
Your Comment...