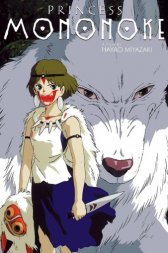 Princess Mononoke
Japan, 1997, 134 minutes Adventure, Animation, Fantasy, Anime
A truly one of the most epic animation stories ever told. Paying homage to the Japanese folklore and mythology, Hayao Miyazaki makes the goriest film in his career, with a most unique princess in animation, ever.
The film centers around a village boy Ashitaka, who inadvertently becomes involved in a war between ancient forest gods and a mining colony of Tatara. Meeting and falling in love with San, the Mononoke-hime, he must put an end to the war if he wants to save his loved ones. Brutal, enigmatic and beautiful, this film will forever change the notion that animation features are only there to amuse children. Better watch it in the original dubbing with English subtitles.
Like this Review?
Write your own review?
DooVOTE
Not for me
Like this Review?
Write your own review?
COMMENTS 1
Your Comment...
LIKES 2
MaeMaeDecena
MillardJawid
MaeMaeDecena
MillardJawid