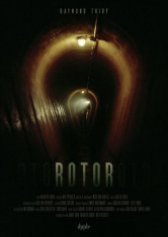 Rotor
Netherlands, 2014, 7 minutes Science Fiction, Thriller
Suspenseful and chilling!  The scenes  especially the  ones where viewers can only see shadows and silhouettes of  a man leaves much to the imagination.  As one continues to view the film, one gets the notion that he is actually alone and  he was just going after/ killing  a man that is of the same likeness as himself.  The film can be really confusing  especially during that scene where one can see the man weeping.  Is it a sign of guilt? remorse? or self-loathing?  The visuals are impressive though and  the film scoring appropriate enough.
Like this Review?
Write your own review?
Add to List
Not for me
Like this Review?
Write your own review?
COMMENTS 0
Your Comment...