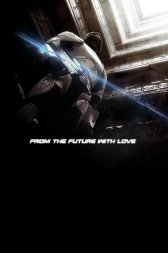 From the Future with Love
USA, 2013, 12 minutes Science Fiction
Very futuristic indeed!  Plot was great and  the idea that the film would like to convey to the viewers may not be far-fetched, too, considering that technology these days is getting more advanced by the minute.  What isn't quite amenable for me was the fact that these NYPC aren't willing to help people if their insurances are not upgraded, things like that.  Maybe they should be better off with another name, and remove the police in it, because isn't it the duty of these men in uniform to police/ detect and prevent crime and maintain peace and order? It's like, " yes we can help but with a price tag", something to that effect.  End result: people on the lower brackets of society who can't afford premium packages  won't be protected, just as it is with the case of the waitress. There are admirable elements in the film though,  technologically, that is.  One can't help but be amazed with the creativity, imagination and inventiveness of the creative team behind this film.  But then again,  I just feel that the "human side" somehow seems to be overshadowed with the "technological side",  imagine how easy it is to erase memories, migrate memories and all! And  this NYPC,  they seem too dependent on their gears,  don't they know at least a few martial arts or self defense? It seems these uniformed men seem so armed  yet so defenseless after all, well, just my ten cents!  Engaging,  impressive and with great film scoring!  Maybe with a little tweak here and there, this can be good material for a full-length film, but, maybe still put that  human side into perspective.
Like this Review?
Write your own review?
Add to List
Not for me
Like this Review?
Write your own review?
COMMENTS 0
Your Comment...