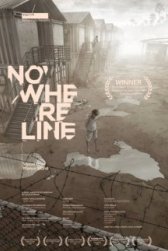 Nowhere Line: Voices from Manus Island
Australia, 2015, 15 minutes Animation, Documentary, Arthouse
I didn't know the issue about Manus Island until I watched this film. This  film is very informative but at the same time depressing especially because the voices on the film are actually those of the refugees. It is kind of ironic when you flee from your country to live freely and end up being locked up on another. Kudos to the team who made this film possible -- not only did you deliver a must-watch-film to viewers but also instilled into people's minds the unfortunate fate of most refugees.
Like this Review?
Write your own review?
Add to List
Not for me
Like this Review?
Write your own review?
COMMENTS 0
Your Comment...