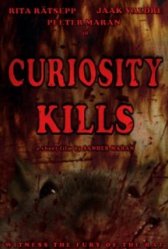 Curiosity Kills
Estonia, 2012, 14 minutes Horror, Comedy
Bloody, bloody and bloody!  The film starts out as kinda charming and cute with a slapstick-kind of comedy but when the rat became contaminated, thanks to the curious kid,  things took a turn from worse to horrendous. Okay fine, so the rat went amuck and go around attacking the cat, the parents and a visitor but it's the child's acting that disturbs me, simply because it lacked depth and no clear sign of terror, shock or disgust.  And so it goes, "curiosity killed the cat and made a  monster out of a  rat!"
Like this Review?
Write your own review?
Add to List
Not for me
Like this Review?
Write your own review?
COMMENTS 0
Your Comment...