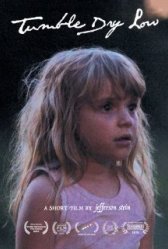 Tumble Dry Low
USA, 2015, 7 minutes Drama, US Indie
Poignant and simply executed,  this film will move  viewers not only for the simplicity but the  candid bond of father and daughter who were left to take care of themselves.   The longingness in the father's eyes as he stares endlessly on the crude painting of the kid which shows a father, mother and child is  heartfelt.  The plot lacks the strength though and there are questions left unanswered, but I think these all gives the film its charm.  The child's innocence is a wonder,  but  it's heartbreaking to see how a simple act of a child can lead to tragedy simply because a father was preoccupied with his own emotional sufferings.   It has a quiet appeal and nevertheless, this film is worth checking out.
Like this Review?
Write your own review?
Add to List
Not for me
Like this Review?
Write your own review?
COMMENTS 0
Your Comment...