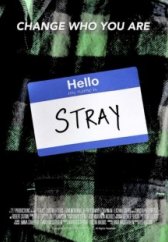 Stray
USA, 2015, 24 minutes LGBT
Unexpected.  Brilliant.  Poignant.  Funny.Someone had a complete brainwave when they came up with this.Think the inverse of 'ex-gay' (gay to straight) conversion ministries.  Also, think about the internal homophobia within the gay 'community' .  As someone who has never been particularly good at being particularly gay, this film hits the mark for me.  There's also a level of subversion that exposes some of the inherent contradictions of the 'gay life' that some will find very uncomfortable.  Some people may think we're not ready for this level of post-gay-deconstructionism (if I may).  I think we are.   It's beautifully made (with some beautiful people), perfectly acted, very cleverly and economically written.  It's a little gay/not gay, straight/not straight gem.
Like this Review?
Write your own review?
Add to List
Not for me
Like this Review?
Write your own review?
COMMENTS 0
Your Comment...
LIKES 1
snakeeyes
snakeeyes