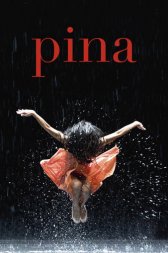 Pina
Germany, France, UK, 2011, 106 minutes Documentary
“What are we longing for? Where does all this yearning come from?” Wim Wenders’ 3D cinematic tribute to legendary pioneer of modern dance, Pina Bausch, spends an engaging hour-an-a-half asking us, without words, just that. Closer to a documentary in terms of genre, in style it is reminiscent of Carlos Saura’s cinematic renderings of dance and music. Pina brings to life a number of Bausch’s choreographies whilst giving us short interviews with her students, who look back on their memories of her before she passed away in 2009. Using natural and urban locations to showcase the pieces, Wenders displays the advantages of filming dance to all who think it should remain on stage.

The film is highly expressive and heavily dependent on an audience who aren’t put off by very conceptual, often abstract and sometimes even absurd performative art. Hence, it has knowingly restricted the size of its target audience considerably, yet any other form would not have carried any authenticity. Pina does not aim to introduce dance to the vaguely interested, or to condescendingly educate anyone on “high-brow” culture. It tries to express, in very simple and visual terms, the perspective Bausch has brought to her art: dancing because linguistic self-expression is flawed, and nowhere near enough to encapsulate the spectrum of human emotion. Indeed, the choreographies we watch have very meticulously-planned stage designs, instilling in the viewer an immediate understanding that we are looking inward. Wenders’ choice of 3D, which has one skeptical at first, is in this aspect proven as an asset; the dancers in the background, middle-ground and foreground are all hyperrealised, allowing the fundamental unity within Bausch’s multi-layered choreography to be seen.

Another praiseworthy detail, that enhances just how physical an experience self-expression actually is, can be found in the way Pina’s students recount their memories. The camera work is like that of an interview; instead of speaking directly, however, the dancers do so in voice-over, while their faces undergo the expressions their words are hinting at, achieving a poignant intimacy with the audience. They also do so in their native languages; thus, slowly, we piece together Pina as someone who brought people together, giving them the means to express in one gesture what one can spend hours trying to say.

A very successful and refreshingly inspiring piece of filmmaking, the only criticism can be that it is a pity so few will be interested in the subject matter. However, whoever steps out of their comfort zone and gives Pina a try will be rewarded with the sense of having just understood something in its most genuine form, along with how precious movement itself is – two things, surely, that can be universally appreciated.
Like this Review?
Write your own review?
DooVOTE
Not for me
Like this Review?
Write your own review?
COMMENTS 0
Your Comment...