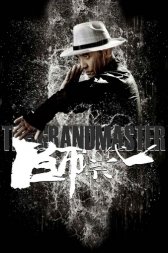 The Grandmaster
China, Hong Kong, 2013, 130 minutes Action, Drama, History, Asian
The leading figure behind Japanese Studio Ghibli’s three decades worth of imaginative and award-winning animation work, director and illustrator Miyazaki announced at this year’s Venice Film Festival that The Wind Rises would be his last film. His final offering before handing the wheel to his son and animator-director Goro Miyazaki interweaves dream and reality, nostalgia and historical events in the typical style of his past work.

Following Jiro Hirokoshi, a character loosely based on the chief engineer of many Japanese fighter plane designs of World War II, from the idealistic boy to the gifted and pacifist man, it treats humanity’s relationship with nature and technology in the benign and philosophical perspective that often reoccurs in Miyazaki’s work. Monet-esque visuals and a classical soundtrack poeticise the story, but its background exploration of Japanese modernity, the urban/rural divide, and industrial/agricultural progress suggests throughout that human innovation is never an evil, but its destructive potential must remain in balance.
Like this Review?
Write your own review?
DooVOTE
Not for me
Like this Review?
Write your own review?
COMMENTS 0
Your Comment...