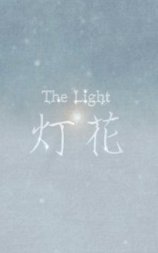 The Light
Japan, 2010, 7 minutes Animation, Anime, Childrens
This film is so poignantly moving and taps  human emotions.  The protectiveness of the street light towards the plant is so endearing that it will move you to tears.  Thumbs up to the creative team behind this flick for  successfully depicting usual human emotions in this object and plant:  2 subjects you would never expect to have  a  genuine friendship.  The initial caution,  the playfulness, the protectiveness, friendship and concern. These 2 central subjects of the flick exhibited it all  in a way that was clearly understood by viewers.  At some point, I  had these thoughts of an  egg in an incubator,  keeping it warm until finally a chick  bursts forth.  Director and writer Sukugawa delivered the  message spot-on with this gentle and charming film and  how friendship can still blossom inspite of the  adversities around. This deserves a 5 star and a chance to be noticed by the bigwigs of the animation industry.
Like this Review?
Write your own review?
Add to List
Not for me
Like this Review?
Write your own review?
COMMENTS 0
Your Comment...