Image from: The Reluctant Fundamentalist (2012) 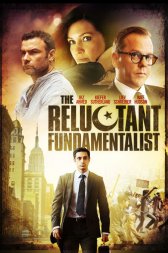 The Reluctant Fundamentalist
UK, Qatar, USA, 2012, 130 minutes Thriller
Pakistani author Mohsin Hamid’s 2007 novel is a snappy, penetrating and multi-layered read, and Indian director Mira Nair handles it well in her 2012 adaptation of the same name, “The Reluctant Fundamentalist”. Hamid’s novel gets much of its zing from the second-person narration that builds a tension akin to Albert Camus’s The Fall (1956), the rich psychological undertones of which are lost in Nair’s more sweeping, action-oriented version. Riz Ahmed stars as Changez, the smart young Pakistani emigré, fresh out of Princeton and straight into an elite Wall Street valuation firm. With ambitions for the future and an American upper-class photographer girlfriend Erica (Kate Hudson), Changez relishes his culturally and socially mobile persona in cosmopolitan New York. However, after the World Trade Center attacks, his life and mind undergo a slow-burning transformation. Met with increasing suspicion, prejudice and worrying news of his family’s safety in Pakistan, Changez returns to Lahore and becomes embroiled in dense political intrigues.
Like this Review?
Write your own review?
DooVOTE
Not for me
Like this Review?
Write your own review?
COMMENTS 0
Your Comment...
LIKES 1
amazingsquirrel
amazingsquirrel