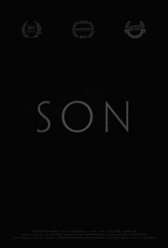 Son
USA, 2015, 14 minutes Horror
The film was successful in keeping viewers on the edge of the seats and the suspense element was  truly present.  However,   in a way it frustrates the viewer as there were no clear-cut clues given, save for the antique-looking knife and the 2 teddy bears found in secret hiding places.  While the pandora box effect was clearly there,  the plot seems hollow because it seems the brains behind the film focused way too much on scaring  the viewers without giving them a solid story  and resolution.  The last scene with the child's escalating fear and heavy breathing  in unison with the music lost its meaning because one never really gets an inkling, whether  someone was killed or what was that family secret all along.  While we are left to think of what really transpired,  the film was still wanting in terms of a  good story but nonetheless,   musical scoring and cinematography were quite okay.
Like this Review?
Write your own review?
Add to List
Not for me
Like this Review?
Write your own review?
COMMENTS 0
Your Comment...