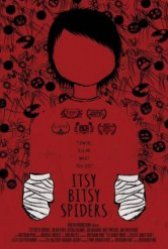 Itsy Bitsy Spiders
USA, 2013, 12 minutes Horror
What was thought as a crazy obsession turns out a saving grace for the boy and his mother…The film touches a bit on child psychology but there wasn’t a lot of twists as to make me scratch my head in order to understands bits and pieces. Instead there were unexplained portions which I had to fill out like blanks in order to see the fathom the mystery in it. I would rate it 3.5 because of two reasons: one, the actors did well and two, the concept of sinister spiders caught my attention.
Like this Review?
Write your own review?
Add to List
Not for me
Like this Review?
Write your own review?
COMMENTS 0
Your Comment...