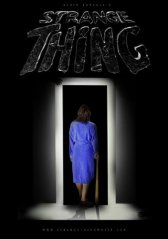 Strange Thing
USA, 2014, 10 minutes Horror, Science Fiction
Strange Thing leaves as many unanswered questions as every "strange thing" it introduces. What is clear though is that the husband becomes a strange thing himself. Acting performance by the wife and the husband were average, with a slightly greater believability for the latter. If the movie was lengthier, the film would be better off answering other strange things it has introduced. This would give viewers a better understanding of what is truly going on in the film.
Like this Review?
Write your own review?
Add to List
Not for me
Like this Review?
Write your own review?
COMMENTS 0
Your Comment...