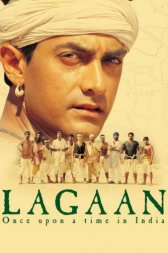 Lagaan: Once Upon a Time in India
India, 2001, 224 minutes Drama, Romance, Sport
Set in colonial India in 1893, Lagaan is based on the story of village which united in resistance against unjust taxation. One of the movies that re-introduced Indian cinema to the West, it narrowly missed out on Oscar nomination contender due to its four-hour run. The tyrannical commander of the British regiment makes a bet with a handsome and proud farmer (Aamir Khan): if the villagers can beat the British regiment in a cricket match, he'll waive the land tax for two years. With a musical score by no less than legendary A. R. Rahman, Lagaan saw Bollywood trying a blend of Western and contemporary Indian film style.
Like this Review?
Write your own review?
DooVOTE
Not for me
Like this Review?
Write your own review?
COMMENTS 0
Your Comment...