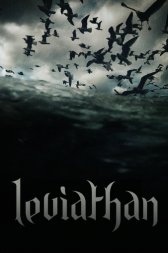 It is hard to determine whether the label of 'documentary' is one that Leviathan truly deserves. The film is no more a 'documentary' than Andy Warhol's much-discussed Empire; it features no talking heads, no narration, and no human voices delivering information. In fact, save for a short Biblical quote introducing the film, Leviathan is a film that only depicts. Even editing is kept to a minimum, with long shots only being interrupted by necessary taking us forward several hours. One gets the impression that somewhere, a 24 hour version of the film exists. Philosophically speaking, this may even be the "true" version of Leviathan. However, perhaps this kino-glaz style of filmmaking is what makes Leviathan truly deserving of the 'documentary' label. After all, Leviathan is a documentary in its purest form: it documents.

The opening of the film is pitch black, chains clattering against the ship, muffled out by the roaring sea and the incomprehensible screams of the crew. It's nightmarish imagery that perfectly sets the tone for the rest of the film: it prepares for a horror story, and at its heart, that's what Leviathan feels like most.

Watching Leviathan, I was reminded of the 2011 masterpiece "Samsara" - a similarly-silent documentary. Samara feels akin to Leviathan in terms of how its presentation, however, it also works as a spiritual antithesis. Whereas Samsara is a bright film with huge scope, concerned with the beauty of man and nature, Leviathan is a dark, cramped work, taking place in a shorter amount of time and instead focuses on man's perversity with nature.

We watch a crewman slowly collapse from exhaustion soon after we witness hundreds of fish drown in the air whilst sliding in and out of view onn the ship's deck. Images from this film will absolutely haunt you, whether they be those previously mentioned, the upside down shot of the seagulls flying in the dead of night, the mass-stingray decapitation or simply the lonely shots of the ship making its way in the dark.

"Leviathan" is a film that need not explain itself; it needs only to present itself.