We will let you know once Girls On Film: The First Date is available to watch where you are

Girls On Film: The First Date will now be on your WATCHLIST when you go to MY HISTORY on your VIEW PROFILE page. 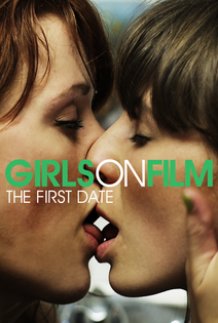 Girls On Film: The First Date

THE FIRST DATE dir. Janella Lacson (USA): In this hilarious ode to ‘the first date’, two friends discuss the embarrassing events of the night before. But neither is aware of who could be listening in on their conversation.


AIR BALLOON - dir. Yenni Lee (Norway): Air Balloon is the sensual story of Julie, who carries around a box full of memories, which she desperately wants to forget. But when she meets a pretty redhead in skin tight jeans, forgetting the memories is the last thing on her mind.


FRESH AIR THERAPY 2 dir. Christoph Scheermann (Germany): Their relationship is not the only problem. Kerstin and Petra, two women in the prime of their lives, return to couple’s therapy in this frighteningly hilarious sequel. For a role-play the couple’s therapist wants them to spend a night at a hotel but soon they find out they are not alone!


AWOL - dir. Deb Shoval (USA): Days before deployment to Afghanistan, Joey returns to rural Pennsylvania for Christmas with big dreams of running away to Canada with her beautiful lover. But Joey learns that things don’t always end up as planned.


WHAT'S YOUR SIGN? - dir. Alex Siow (USA): Two friends hang out at an exclusive art gallery, judging the different women that walk by. But when the perfect woman walks into the gallery the pair find themselves in trouble as they are both caught checking her out. Quickly they learn that words aren’t the only way to communicate and it could bring these ladies together.


JAMES DEAN dir. Lucy Asten Elliott (UK): A family tries its best to get out of their driveway for a holiday break, but one of their daughters has decided it’s finally time to bring out the ‘real’ her in this London Lesbian & Gay Film Festival favourite.


HOLD ON TIGHT dir. Anna Rodgers (Ireland): Holding hands or kissing in public isn't for everyone. When it comes to same sex relationships, showing your love outside of the home is sometimes a complicated personal choice. This acclaimed documentary moves between the public and private spaces in which lesbian and gay couples live, and explores small gestures of human connectedness.


SOCIAL BUTTERFLY dir. Lauren Wolkstein (France): A mysterious but captivating 30 year old American woman turns up at Chloe’s 18th birthday party in the South of France. Celebrating and surrounded by all her friends, this beautiful creature mesmerises Chloe and ensnares her in a sensual trance.


DREAM DATE dir. Diana Juhr De Benedetti & Andromeda Godfrey (UK): As two lovers check into a hotel to steal some quality time together, Dream Date asks what would you do if you had just one night to act out your most sought after fantasy?