Coming Clean will now be on your WATCHLIST when you go to MY HISTORY on your VIEW PROFILE page. 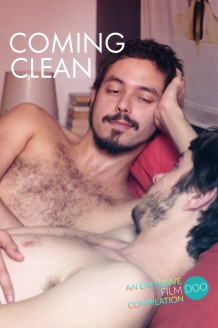 From the heart of the Amazon comes this exclusive LGBTQ+ compilation of shorts helmed by emerging Latin American directors from Brazil and Peru. These thought-provoking films prove that universal social themes have no borders.

In the city of Cajamar, in the middle of ruined nature, lonely characters deal with the police, rodeos and mysterious fires.


My Only Earth is in the Moon (Minh única terra é na lua) - (dir. Sérgio Silva)

Sergio answers 36 questions to make Gabriel fall in love. Did you know Glauber was a pi-sces?

On one side, mourning. On the other, practical things to figure out. As if missing her wasn’t enough, I had to get used to the idea of, for the first time in my life, not being a son anymore.

In the heart of the Amazon jungle, the village of Palma Real on the banks of the river "Mother of God" still resists the modern world. Nomads of origin and evangelised by force, their pagan customs persist despite everything and the inhabitants are marked with the physique of the native tribes.

Carlito, a silent young man, decides to leave this place, his native village, in a strange, discreet and informal escape. Without saying goodbye to his family, if not his grandmother just as silent as him, he commits the flight of a canoe to escape on the river. A little further on, on the muddy bed of the immense river, an encounter reveals the secret that Carlito hid from his community. A film whose images are revealed as a poem, shot and interpreted in the native language of the village, by the inhabitants.

Film directed under the supervision of Werner Herzog.