We will let you know once Boys On Film 12: Confession is available to watch where you are

Boys On Film 12: Confession will now be on your WATCHLIST when you go to MY HISTORY on your VIEW PROFILE page. 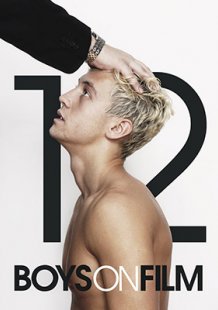 Home From The Gym, dir. Robert Hawk (USA) - From Robert Hawk, who consulted on The Celluloid Closet, Gay Sex In The 70s and Travis Mathews I Want Your Love and Interior: Leather Bar comes his directorial debut, which places the male form front and centre. An unnamed, sexy man comes home, alone and starts to undress…


Showboy, dir. Samuel Leighton-Dore (Australia) - A young football player, Julian Maxwell, finds himself struggling to support his unemployed, recently widowed father while fighting to keep safe the secret he once shared with his mother: He’s not only gay, but performs a drag act in a local bar.


Cruise Patrol, dir. Bobby de Groot & Arjan van Meerten (Netherlands) - Take a walk on the wild side and explore what happens on a long and dusty road where a routine cruise patrol takes a strange turn and spirals totally out of control.


I Am Syd Stone, dir. Denis Theriault (Canada) - Lights, Camera, Action! When a much-desired Hollywood heartthrob returns back to his home town for a reunion of sorts, he expects to rekindle an old closeted relationship. But soon he learns that things aren't as they seem and secrets always catch up in the end.


Deflated, dir. Dustin Shroff (USA) - Chris has come to the store with his dad to spend his allowance. His heart is set on getting a bouncy ball, but all of the balls in the ball cage are bright pink…except for one deflated green ball. Ultimately Chris must make a choice: is it okay for boys to play with the bright pink balls or will he take home the deflated green one?


Age 17, dir. Filippo Demarchi (Switzerland) - Matteo is a 17-year-old boy who has fallen in love with Don Massimo, a young who leads the local marching band in which Matteo plays the drum. Matteo sees in Massimo a person willing to listen to his fears and desires and for the first time in his life, Matteo feels ready to open up to someone…


Human Warmth, dir. Christophe Predari (Belgium) - Antoine has a desire. His passion and his love is so overwhelming that he has to stay close to Bruno. He loves his warmth and he needs it. But as with any relationship, soon comes the time of detachment and what will happen if Antoine s body stops responding?


Tonight It's Me, dir. Dominic Haxton (USA) - A hot young hustler finds himself in uncharted waters when he spends the night with a client who is far from the “Johns” he’s used to servicing.


Good Morning, dir. Stephen Dunn and Peter Knegt (Canada) - Good Morning comically examines the ideas of sexual identity and age anxiety via the story of a man who on the morning after his 30th birthday party wakes up with both a massive hangover, and a 17-year-old boy sleeping on his couch.